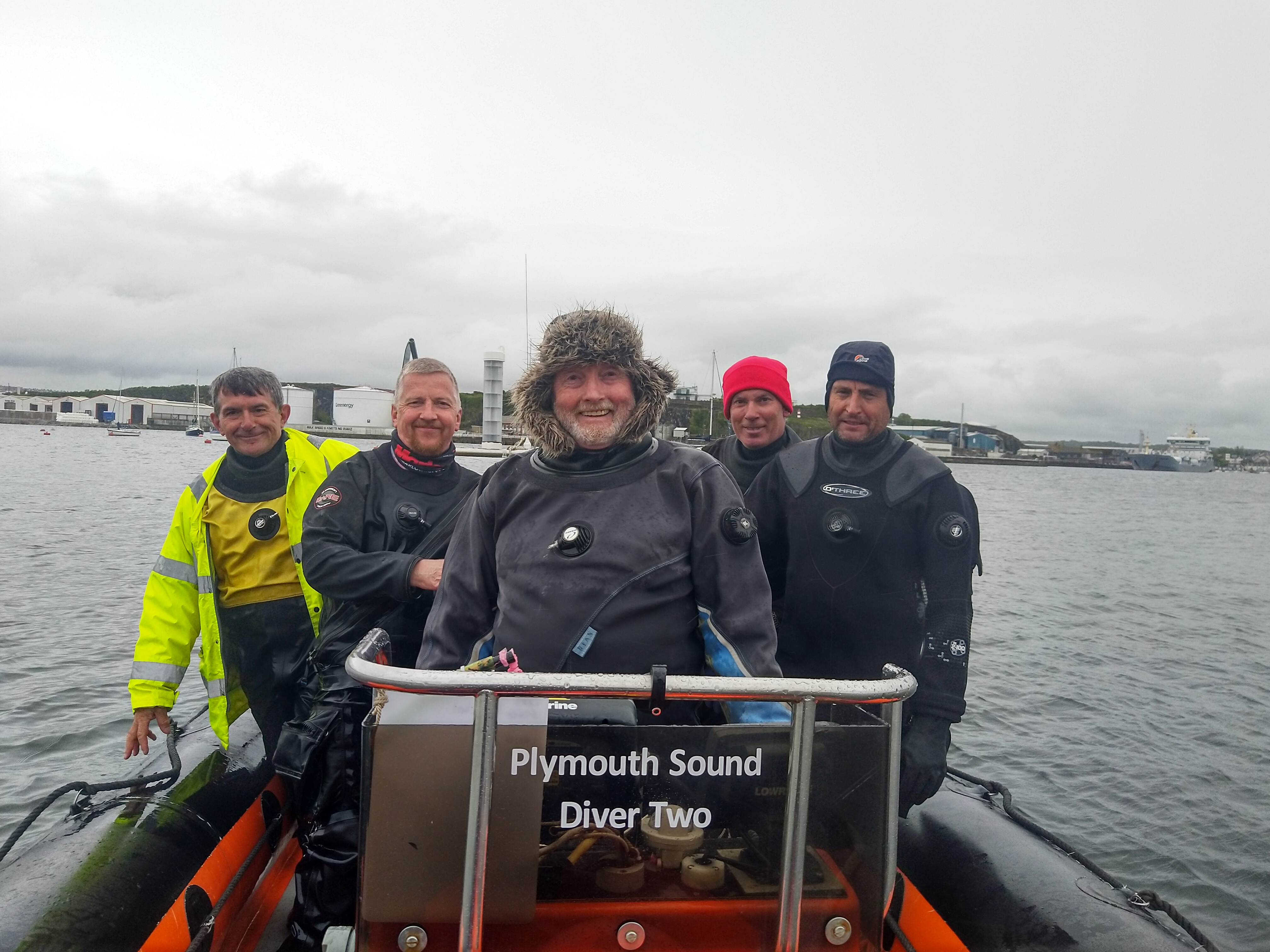 Unfortunately it was necessary to cancel two of the three days of planned deep diving but we were determined to get at least one in. With numbers of divers dramatically reduced, four divers (Pete D, Paul D, Dom R & John P) supported by two coxswains (John S and Richard K) managed to get out to the wreck of the Medoc which lies in 54m.

The underwater conditions were not great with heavy snot reducing the vis to 1-2m on the site although torches were visible from 4-5m away. Despite this all divers enjoyed the dive which was mainly done on the stern. As always there is plenty to see on the Medoc including gun mounts, ammunition and the large prop with congers and lobsters under almost every piece of wreckage.

The main excitement was on the surface when a trawler went through the dive site just as we were recovering the last diver. As it went past, it was obvious why it hadn’t taken avoiding action as the bridge and deck were both unmanned. A salutary lesson to all of us to keep a good watch on other water users.